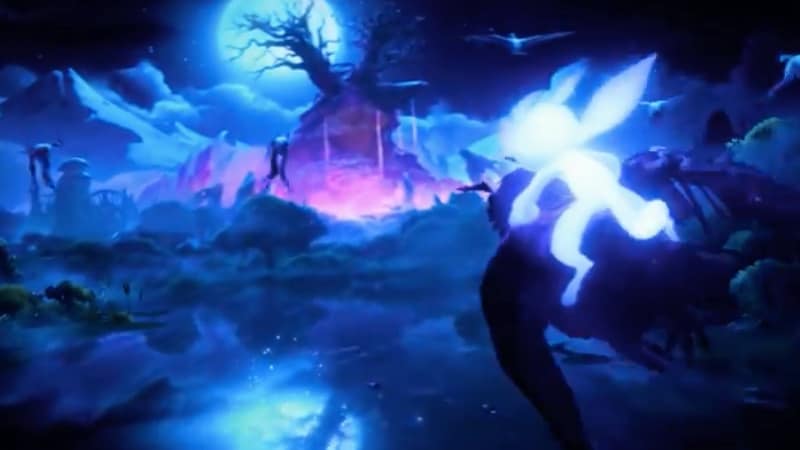 Microsoft unveiled Ori and the Will of the Wisp at its E3 2018 briefing. The game features beautiful art that we’ve seen previously in the series. The trailer showed off a bird flying towards a dark zone as the protagonist rides it. We also saw the protagonise using its powers to the fullest in order to clear obstacles. Ori and the Will of the Wisp is a sidescroller full of what looked like complex puzzles, where you will have to use all of Ori’s powers to progress.

In the trailer we saw several beautiful landscapes including a tree with what appeared to be a bright source of light, where Ori apparently has to go. This game promises more of what we saw in Ori and the Blind Forest, along with better looking locales and more of what we loved about the first game. Ori and the Will of the Wisps releases sometime in 2019, and the title will be an Xbox exclusive, Microsoft announced at E3 2018.

E3 2018 is the world’s biggest gaming expo where some of the world’s biggest video game companies showcase their upcoming games. While the show is very important in terms of gaming announcements, the games announced at E3 sometimes take years to release. Which is why we’d advise you to take every announcement with a pinch of salt unless it has a definite launch date associated with it, and even then we’d advise you to keep your expectations low.