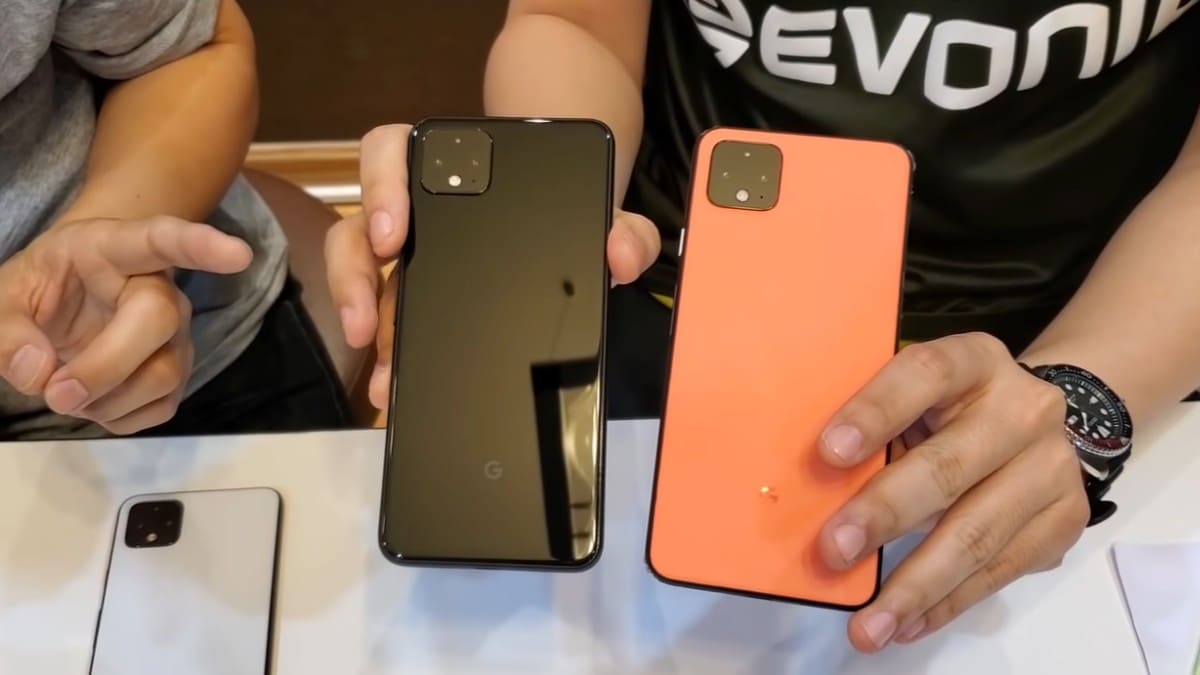 Pixel 4 leak floodgates have opened. After the hands-on images of the Pixel 4 leaked and some of its features also surfaced online, the Pixel 4 and Pixel 4 XL have now been caught on video. A review video of the Pixel 4 and hands-on video of the Pixel 4 XL in all its colour variants have surfaced online. The leaked videos give us a glimpse of some new features such as Smooth Display for screen refresh rate adjustment, ambient EQ, and more. Some portrait mode, night mode and selfie samples also tease the camera improvements that will arrive with Google’s next flagship.

Starting with the Pixel 4 review video, it is in Vietnamese language and shows the Pixel 4’s white variant while revealing some of its features. The video, which comes courtesy of a YouTube channel named AnhEm TV, reveals a few interesting features. First one is Ambient EQ, which as per the system description, will dynamically adjust the display white balance based on surrounding light levels for a more comfortable viewing experience.

Next up is Smooth Display, a feature that will automatically switch the display refresh rate between 90Hz and 60Hz to save battery. The video also gives a walkthrough of the stock Android 10 experience on the phone, revealing some additional UI elements such as Screen Attention feature that keeps the screen awake while users are facing it. The Pixel 4, which is tipped to launch on October 15, can also be seen hosting an option called “styles & wallpapers” in the settings app that will reportedly let users tweak aesthetic elements like font, icon shapes, accent colours, and more.

An audio recorder app can also be seen in the video, alongside the redesigned camera app that shows the magnification level, a dropdown section hiding multiple camera features, and a redesigned zoom slider. Additionally, an image that has surfaced on Weibo shows the Pixel 4 running a system and hardware information app. The image indicates that the Pixel 4 XL will pack a 6.23-inch display with a 19:9 aspect ratio and 90Hz refresh rate. Slashleaks has also shared an image which suggests that the Pixel 4 will pack a 3,700mAh battery.

Talking about the Pixel 4 XL, another video that comes courtesy of a Thai channel named Rabbit TV, shows the black, coral orange, and white variants of the larger Pixel 4 sibling. The phone is shown up close from all angles, revealing a black frame on all colour variants and the familiar dual-tone power button colour scheme. Near the end of the video, one can also see comparison portrait mode, Night Sight, and selfies captured by the Pixel 3 XL and the Pixel 4 XL.

It is worth noting that the Night Sight images captured by the Pixel 4 XL look more vibrant and detailed compared to the one clicked by its predecessor, hinting at major camera upgrade for the Pixel 4 duo such as an improved night mode, 8x zoom, and more.