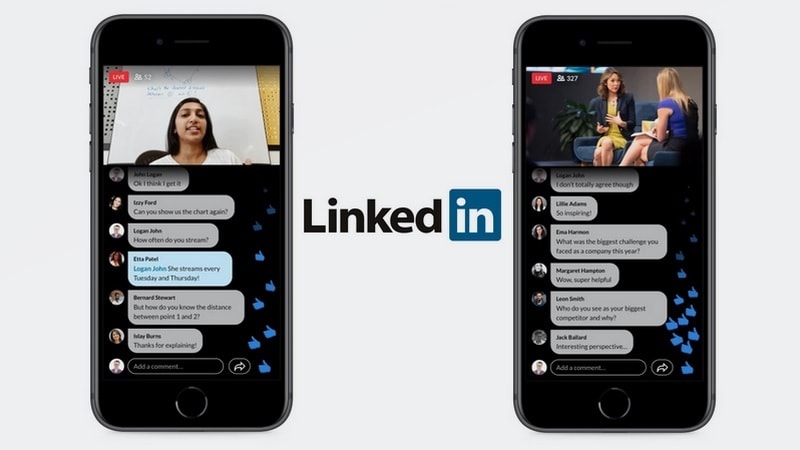 With video and live streaming quickly becoming the next major avenue of the online social world, every major name in the domain from Twitter to Facebook is trying to grab a piece of the pie. The newest entrant to join the fray is LinkedIn, the social media platform for professionals. The Microsoft-owned company has launched LinkedIn Live, a new service which is primarily targeted at video streaming for covering everything from conferences and product announcements to Q&As and a host of other events that are suited for live video broadcasting.

As per a report by TechCrunch, the rollout of LinkedIn Live has begun on an invite-only basis in the United States. The company plans to subsequently expand the availability of LinkedIn Live by accepting registrations from people who aim to utilize the live broadcasting feature in the upcoming weeks. LinkedIn’s official help page says that the company is currently testing live video streaming with only a small number of broadcasters and will start accepting applications from all users once the trial period has concluded.

LinkedIn Live will reportedly let users live stream to a small group of people or an audience comprising of the entire LinkedIn community. LinkedIn has partnered with multiple third-party names such as Switcher Studio, Socialive, and Wowza Media Systems among others that will work with the content creators selected by LinkedIn to live stream content that falls in line with the platform’s objective of professional collaboration and mentorship. On the technical side, LinkedIn Live will rely on its parent company’s Azure Media Services for the encoding duties.

Talking about LinkedIn’s more consolidated efforts in the domain of video content, the company’s director of product management, Pete Davies revealed that video has been one of the most highly demanded features coming from the community. “Video is the fastest growing format on our platform right now, and the one most likely to get people talking”, Davies was quoted as saying, further adding that LinkedIn currently has no plans of monetising the LinkedIn Live videos.