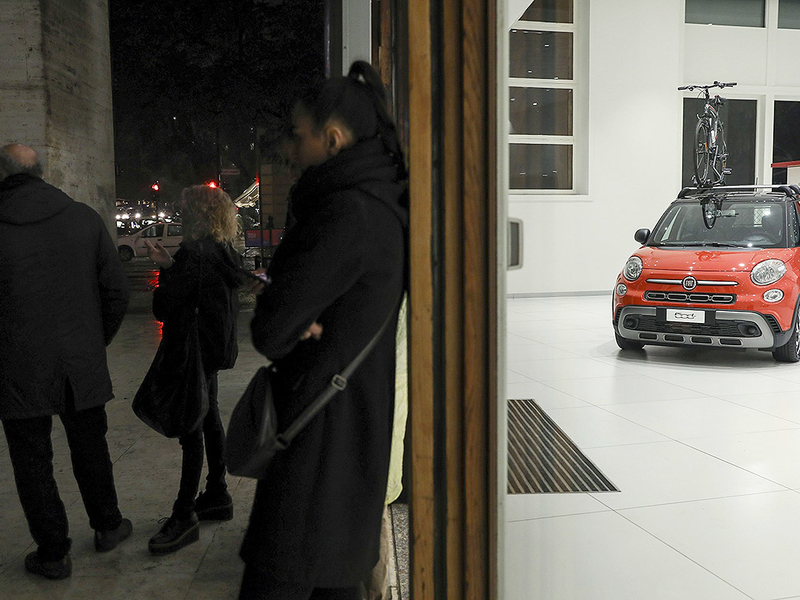 Italian tax authorities have claimed Fiat Chrysler Automobiles underestimated the value of its American business by 5.1 billion euros ($5.6 billion) following its phased acquisition several years ago, presenting the automaker with a potentially hefty bill as it prepares to merge with French rival PSA Group.

The dispute relates to the October 2014 restructuring that took place after the former Fiat SpA purchased the final part of its Chrysler unit, according to company filings and an Oct. 22 audit report seen by Bloomberg. The purchases stretched over five years and culminated in the full takeover of the once-bankrupt owner of brands such as Dodge, Ram and Jeep.

The restructuring created the Fiat Chrysler that exists today, registered in the Netherlands with a tax residence in the U.K. — rather than in Turin, Fiat’s home for more than a century. The move triggered the so-called exit tax that Italy collects on capital gains realized when companies move assets outside the country, according to the audit report.

Italy had a corporate tax rate of about 27.5 percent at the time, suggesting the amount at risk for Fiat Chrysler could approach $1.5 billion, though negotiations could significantly reduce any levy.

Fiat Chrysler declined to comment beyond an Oct. 31 regulatory filing, in which it said the company is “fully supported by both the facts and applicable tax law and will vigorously defend its position.”

PSA deal
The tax wrangle comes at an inopportune time for Fiat Chrysler, which is deep in negotiations with PSA, owner of the Peugeot, Citroen and Opel brands. The companies said in late October that they were in talks to combine, and Fiat Chairman John Elkann said last month that they aim to formalize an agreement by year-end.

PSA is aware of the tax audit and doesn’t expect it to harm or delay the deal, according to people familiar with the matter who asked not to be named discussing private matters. The French company declined to comment.

In the Oct. 31 filing, Fiat Chrysler said it was in negotiations over a “material proposed tax adjustment” after Italian authorities issued a final audit report. They found “substantial tax violations” and asserted Fiat Chrysler undervalued assets subject to the exit tax by 5.07 billion euros, according to the audit report seen by Bloomberg.

Italy’s tax authority valued Chrysler at some 12.5 billion euros ($13.8 billion), while Fiat, following advice from its advisers, declared it to be worth less than 7.5 billion euros ($8.3 billion), according to the people. When Fiat Chrysler debuted on the New York Stock Exchange in mid-October 2014, the company — which still owned valuable assets like since spun-off Ferrari and supplier Magneti Marelli — had a market value of about 8.3 billion euros ($9.2 billion).

Negotiations with Italian tax authorities will proceed over a 60-day period, according to Fiat Chrysler’s third-quarter report. A final assessment is due by year-end, it said. If no settlement is reached, the matter could land in court.

“We cannot predict whether any settlement may be reached or if no settlement is reached, the outcome of any litigation,” Fiat Chrysler said in the Oct. 31. filing. “We are unable to reliably evaluate the likelihood that a loss will be incurred or estimate a range of possible loss.”

Stepped acquisition
Fiat agreed to buy the remaining 41.5 percent of Chrysler for $4.35 billion in January 2014, implying an overall valuation of about 6.95 billion euros ($7.7 billion) for the entire U.S. unit.

The tax issue adds a fresh complication for Fiat as it tries to sew up the PSA deal, which would create the world’s fourth-largest automaker by volume and help both companies shoulder the mammoth costs of developing a new generation of electric cars.

Industry at risk
Even without these distractions, auto-industry mergers are fraught with risk, as clashing cultures and deep-seated rivalries can derail the process at any stage. Chrysler’s marriage to Mercedes-Benz maker Daimler AG two decades ago ended in failure, while a plan for Fiat to combine with Renault SA was called off earlier this year over a lack of support from the French company’s Japanese partner, Nissan Motor Co., as well as the French government.

At the time of the 2014 transactions, Fiat Chrysler said it expected an exit tax to be triggered on capital gains related to assets it planned to transfer outside its permanent Italian operations. However, it said, any resulting gains “may be largely offset by tax losses available to the group.”’

The former Chrysler operations, led by Jeep SUVs and Ram trucks, provide the bulk of Fiat Chrysler’s sales and profit.