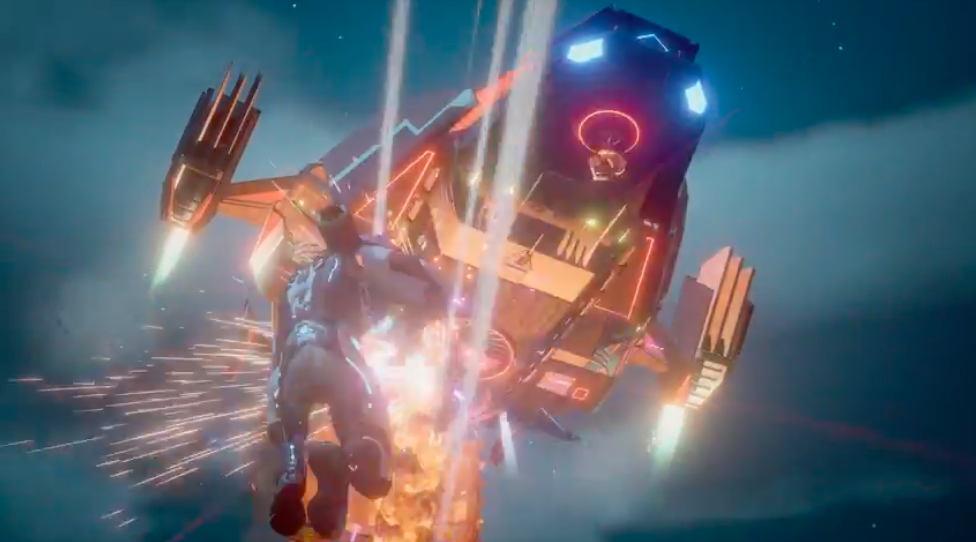 Microsoft showed off a trailer for Crackdown 3 at its E3 2018 event. The trailer was narrated by Terry Crews, who is a popular voice in the gaming community and even otherwise. In this trailer we got to see some cinematic visuals and some gameplay from Crackdown 3, where we saw the protagonist jumping from insanely high buildings and yet landing unharmed. We also saw him driving cars around to perform some crazy stunts, and we also got a look at some of the combat we can expect to see in the game. Crackdown 3 has recently been delayed to 2019, so there wasn’t that much to be excited about this Xbox exclusive unless you’re the type who loves trailers seen ahead of the game.

Crackdown three is a pen-world action adventure game where the focus is on doing impossible things to progress. Crackdown 3’s trailer shows several gameplay scenes where the character is seen firing missiles and bullets at enemies and even throwing a vehicle at an airborne spaceship.

The entire trailer is worth watching to get a taste of what’s coming, but with the delays we’ve seen already, it’s worth wondering whether Crackdown 3 will release anytime soon. You can watch it for yourself to judge if the game looks exciting.