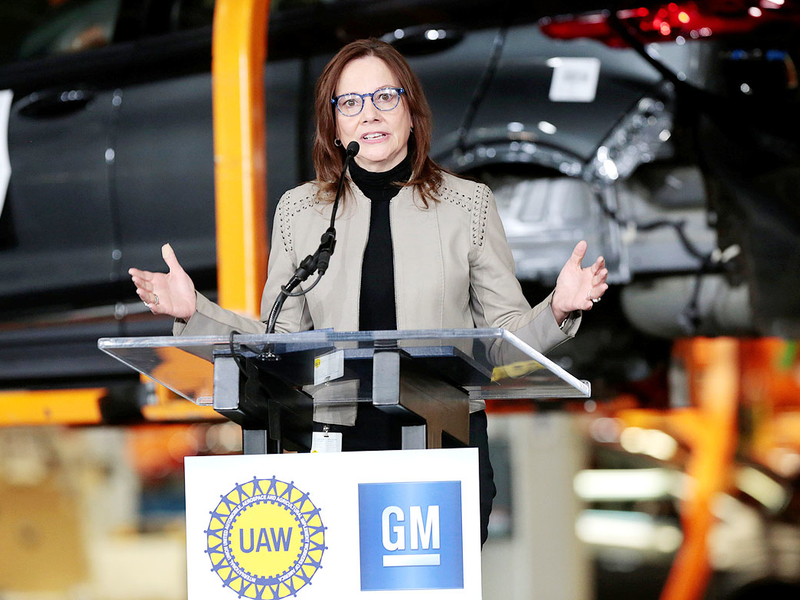 Barra and Gerald Johnson, GM’s executive vice president of global manufacturing, met with UAW president Gary Jones and Terry Dittes, vice president of the UAW-GM department, according to a UAW spokesman and people familiar with the matter.

Wednesday marked the first time Barra has been formally involved in labor talks since the previous contract expired Sept. 14.

More than 46,000 hourly GM plant workers walked off the job Sept. 16 in a national strike against the automaker. The strike’s impact has trickled through the industry. About 75,000 employees of parts suppliers that rely on GM business have been laid off, Anderson Economic Group, a consulting firm in East Lansing, Mich., estimated.

The meeting, first reported by The New York Post, came about 50 hours after GM had proposed its latest labor contract and had not received a response from the UAW, according to a person familiar with the talks.

“We continue to talk at all levels,” said UAW spokesman Brian Rothenberg.

Since the meeting, negotiations have progressed, the person said.

Meanwhile, General Motors’ profit loss will exceed $1 billion if the UAW’s strike against the automaker extends another three days.

Through Oct. 13, GM will have lost $1.13 billion, according Anderson Economic Group.

That’s nearly double the $660 million the firm estimated GM would lose through Oct. 6.

Direct wage losses for all employees will exceed $624 million by Oct. 13, the firm estimates. Analysts estimated that employee losses would exceed $412 million through Oct. 6.